Okay, here’s the deal with me and McDonald’s: I don’t eat it.

But how could anyone who has watched “Super Size Me” ever step foot in a McDonald’s again? That movie pretty much put me off most fast food forever.

The problem is that I grew up eating McDonald’s and I still occasionally crave it. This morning, I was driving around trying to find a Farmer’s Market (closed for season, sadly), when I had a strong desire for an Egg McMuffin and hash browns. Even though I drove past at least three McDonald’s restaurants, I was strong-willed.

And when I got home, I had to make homemade Egg McMuffins and hash browns. Turns out they are fun to make and pretty good, too.

So here’s what I did:

First, I preheated the oven to 375F. Then I sprayed two ramekins with pan spray and cracked an egg in each.

Then I heated a small cast iron pan. While that was warming up, I grated a baked potato that was left over from the other night. 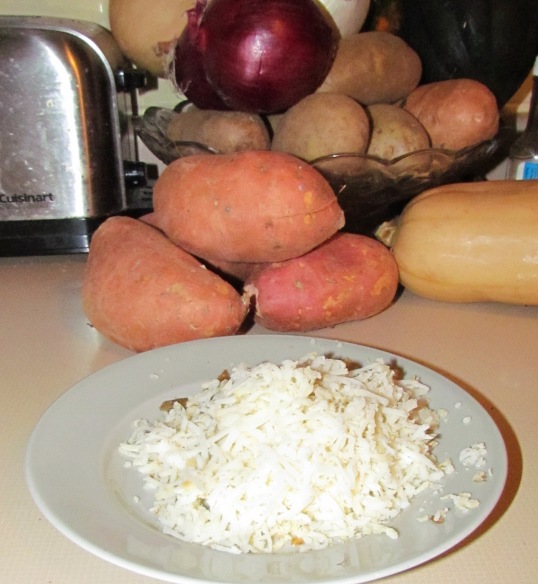 A little oil in the pan, add the grated potato with a generous amount of salt and cracked black pepper. You want it to taste authentic, right? 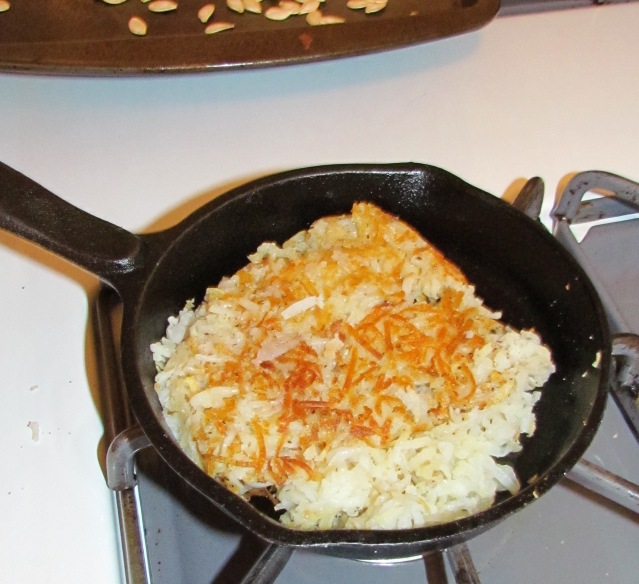 Then I used a rocks glass to cut cotto salami into circles the width of an English Muffin. If you want authenticity, use Canadian bacon, but I didn’t have any.

Then I did the same thing with two slices of fat-free American cheese. The McDonald’s version are not fat-free. Actually, it may not even be actual cheese. I also toasted two whole wheat English Muffins. Again, not the McDonald’s spec. 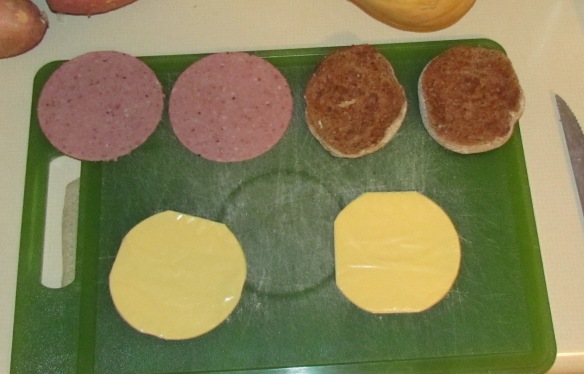 Once the oven was at temp, I put the eggs in the oven for 12 minutes. They came out perfect. 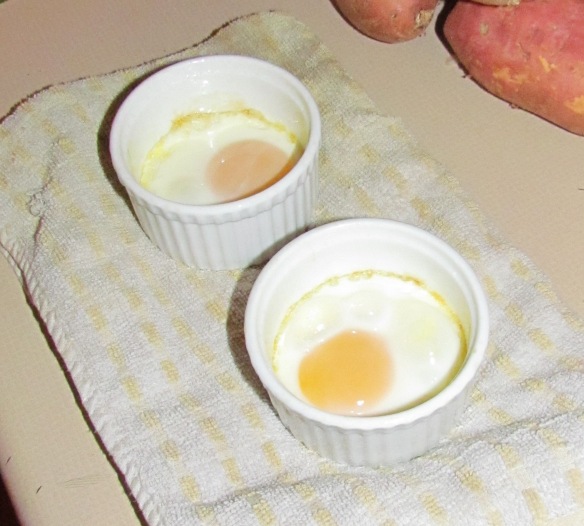 Then all I had to do was assemble it and pop it under the broiler for a minute to melt the cheese. 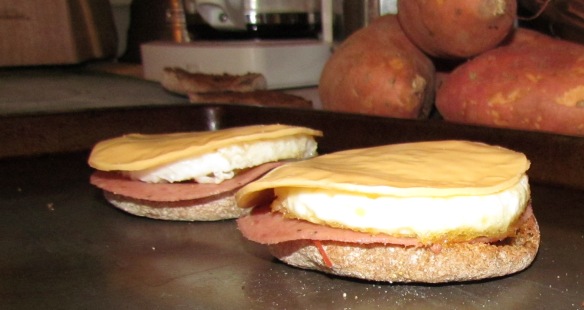 I garnished it with a little apple (Chef’s hint: Always garnish breakfast plates with fresh fruit. It’s cheap, easy, and people expect it). And there it is: Homemade Egg McMuffins! How fun was that? And delicious, too! 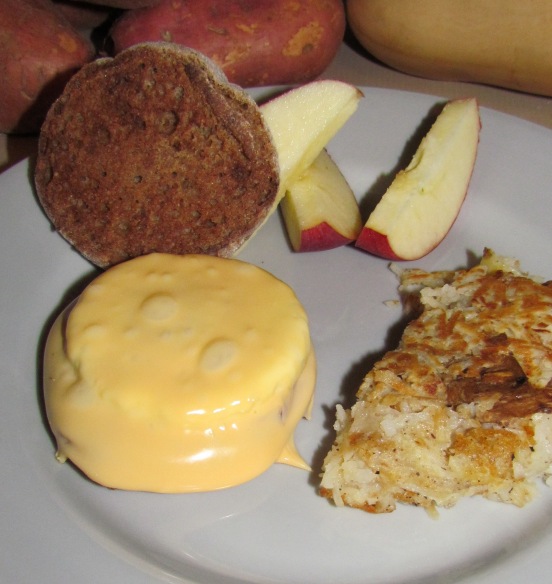 Have you ever tried to recreate your favorite fast food dish at home? How did it turn out? Tell your story in the comments section below. And thanks for looking at my blog!